Posted by KRB Financial In Blog 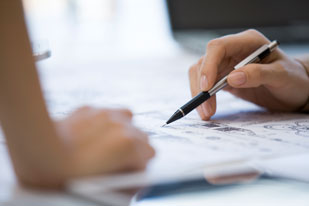 Types of plans
There are several types of retirement plans to choose from, and each type of plan has advantages and disadvantages. This discussion covers the most popular plans. You should also know that the law may permit you to have more than one retirement plan, and with sophisticated planning, a combination of plans might best suit your business’s needs.

With a profit-sharing plan, a separate account is established for each plan participant, and contributions are allocated to each participant based on the plan’s formula (this formula can be amended from time to time). As with all retirement plans, the contributions must be prudently invested. Each participant’s account must also be credited with his or her share of investment income (or loss).

401(k) plans
A type of deferred compensation plan, and now the most popular type of plan by far, the 401(k) plan allows contributions to be funded by the participants themselves, rather than by the employer. Employees elect to forgo a portion of their salary and have it put in the plan instead. These plans can be expensive to administer, but the employer’s contribution cost is generally very small (employers often offer to match employee deferrals as an incentive for employees to participate). Thus, in the long run, 401(k) plans tend to be relatively inexpensive for the employer.

The requirements for 401(k) plans are complicated, and several tests must be met for the plan to remain in force. For example, the higher-paid employees’ deferral percentage cannot be disproportionate to the rank-and-file’s percentage of compensation deferred. 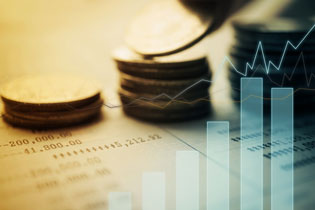 Another way to avoid discrimination testing is by adopting a SIMPLE 401(k) plan. These plans are similar to SIMPLE IRAs (see below), but can also allow loans and Roth contributions. Because they’re still qualified plans (and therefore more complicated than SIMPLE IRAs), and allow less deferrals than traditional 401(k)s, SIMPLE 401(k)s haven’t become a popular option.

If you don’t have any employees (or your spouse is your only employee) an “individual” or “solo” 401(k) plan may be especially attractive. Because you have no employees, you won’t need to perform discrimination testing, and your plan will be exempt from the requirements of the Employee Retirement Income Security Act of 1974 (ERISA). You can make pretax contributions of up to $18,000 in 2016, plus an additional $6,000 of pre-tax catch-up contributions if you’re age 50 or older (unchanged from 2015). You can also make profit-sharing contributions; however, total annual additions to your account in 2016 can’t exceed $53,000 (plus any age-50 catch-up contributions).

Note: 401(k) plans are generally established as part of a profit-sharing plan. 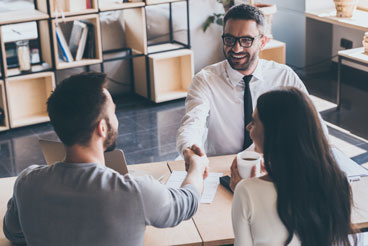 Like profit-sharing plans, money purchase pension plans are relatively straightforward and inexpensive to maintain. However, they are less popular than profit-sharing or 401(k) plans because of the annual contribution requirement.

Defined benefit plans
By far the most sophisticated type of retirement plan, a defined benefit program sets out a formula that defines how much each participant will receive annually after retirement if he or she works until retirement age. This is generally stated as a percentage of pay, and can be as much as 100 percent of final average pay at retirement.

An actuary certifies how much will be required each year to fund the projected retirement payments for all employees. The employer then must make the contribution based on the actuarial determination. In 2016, the maximum annual retirement benefit an individual may receive is $210,000 (unchanged from 2015) or 100 percent of final average pay at retirement.

Unlike defined contribution plans, there is no limit on the contribution. The employer’s total contribution is based on the projected benefits. Therefore, defined benefit plans potentially offer the largest contribution deduction and the highest retirement benefits to business owners.

SIMPLE IRA retirement plans
Actually a sophisticated type of individual retirement account (IRA), the SIMPLE (Savings Incentive Match Plan for Employees) IRA plan allows employees to defer up to $12,500 for 2016 (same limit as 2015) of annual compensation by contributing it to an IRA. In addition, employees age 50 and over may make an extra “catch-up” contribution of $3,000 for 2016 (same limit as 2015). Employers are required to match deferrals, up to 3 percent of the contributing employee’s wages (or make a fixed contribution of 2 percent to the accounts of all participating employees whether or not they defer to the SIMPLE plan).

SIMPLE plans work much like 401(k) plans, but do not have all the testing requirements. So, they’re cheaper to maintain. There are several drawbacks, however. First, all contributions are immediately vested, meaning any money contributed by the employer immediately belongs to the employee (employer contributions are usually “earned” over a period of years in other retirement plans). Second, the amount of contributions the highly paid employees (usually the owners) can receive is severely limited compared to other plans. Finally, the employer cannot maintain any other retirement plans. SIMPLE plans cannot be utilized by employers with more than 100 employees.

Other plans
The above sections are not exhaustive, but represent the most popular plans in use today. Recent tax law changes have given retirement plan professionals new and creative ways to write plan formulas and combine different types of plans, in order to maximize contributions and benefits for higher paid employees. 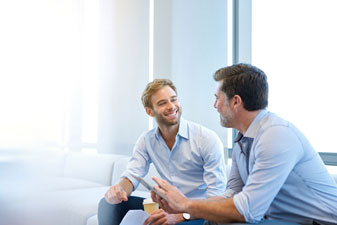 Finding a plan that’s right for you
If you are considering a retirement plan for your business, ask a plan professional to help you determine what works best for you and your business needs. The rules regarding employer-sponsored retirement plans are very complex and easy to misinterpret. In addition, even after you’ve decided on a specific type of plan, you will often have a number of options in terms of how the plan is designed and operated. These options can have a significant and direct impact on the number of employees that have to be covered, the amount of contributions that have to be made, and the way those contributions are allocated (for example, the amount that is allocated to you, as an owner).

Todd has nearly a decade of experience in financial and retirement planning. Keeping his approach customized and personal is integral to his process. Todd is married to a school teacher, Leigh Ann, with whom he has five children, two cats, and three dogs.
KRB Financial is a member of the Quest Financial Group.

Longevity, Life Expectancy, and Lifetime Income
What You Need To Know Before You Scratch That Itch
4 blindspots in your budget that are killing your savings
Key Employee Life and Disability Insurance
©KRB Financial. All rights reserved.